The project brief to research a traditional process or a ‘known’ material started with my research at the Museum of Science and Industry (MOSI). Looking through the archives, I found a book containing information about a cotton mill in Oldham – the building layout, the machinery, how it was organised, the employees etc. I was interested to find out that this mill later became a Ferranti Computer factory, which produced the first commercial computers.  However, I didn’t feel this was personal enough to inspire my own work, so I began to research my mother’s family history in Stoke-on-Trent where coal mining alongside was a very big industry and many of my ancestors were miners.

I considered how I to combine these two industries with the idea of using clay as my medium, and colliery equipment as imagery. However, I began to feel very constrained and unsure of what it was I wanted to convey – my options ranged from my personal connection and potential family memories of mining, to the environmental or political issues behind coal-mining.

Research at Dutch Design Week in Eindhoven inspired and motivated my practice. Although there was a lot of work that seemed quite refined and finished, there was also a lot of projects that were purely material explorations at the Design Academy. These paper models by Studio Simul for example, pushed the boundaries of what paper was capable of when it was folded and woven together. These projects reminded me of Junko Mori’s work that I saw at the Great Northern Contemporary Craft Fair (GNCCF) in October. As well as producing a large-scale piece of work, on the wall were many small ‘testers’ where she had been experimenting with her metalwork techniques. These have given me the confidence to see that my project could be purely material-exploration based. 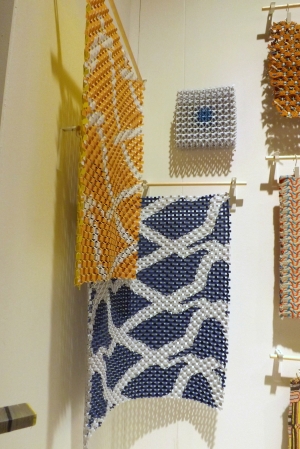 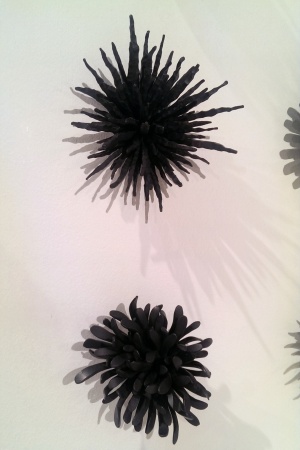 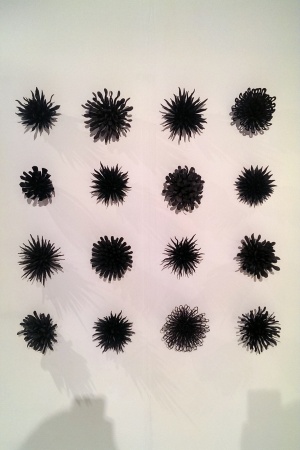 This has led me to focus on coal where there is little evidence of using it as a design material – despite its commonplace existence in the home. There is a tradition of miners carving ornaments out of Cannel Coal, but very little has been documented about this. I have also come across some jewellers who both work with forms of coal – Pracownia Brokat, and Made At Workshop 85 (Sophia Emmett). I like how they both explore the texture of coal in their work – the former by working with it in a way that highlights its natural qualities, and the latter by altering them.

My project will be material led, exploring drilling, sanding and sawing coal. The novelty of using this coal in design gives a lot of freedom, and I am curious to see what it is capable of.